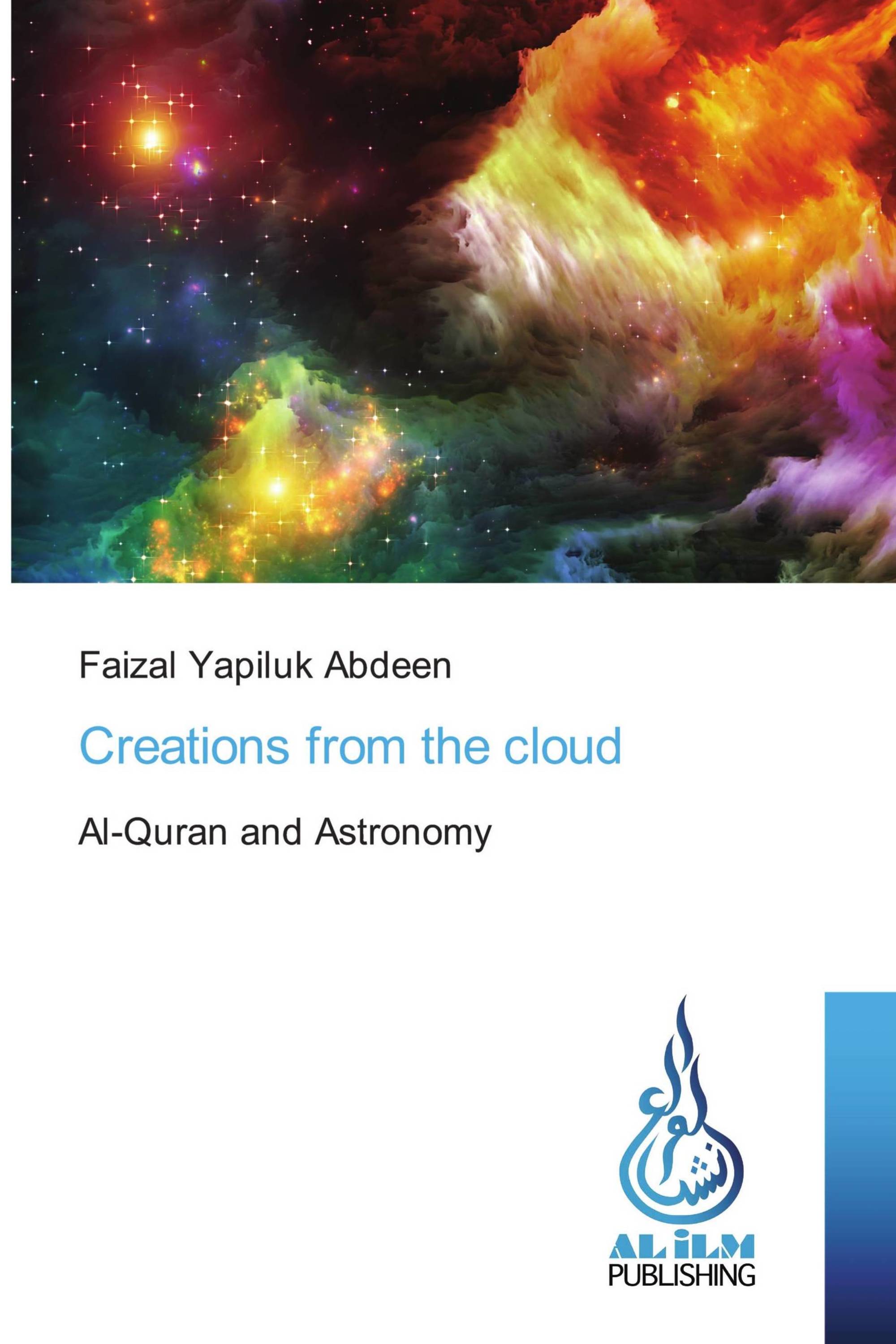 Creations from the cloud

The purpose of this book is to convey to a non-Muslim audience an understanding of Quran and Islam is true and practicable. Quran is not made by or the words of humans. Allah clearly stated that the Quran is His Word.There are many logical and substantial evidences proving this fact. Quran consists of scientific miracles by highlighting certain scientific facts which were not discovered except fourteen centuries later. This is the Quran, the Word of Allah, which confounds humans capabilities due to its inimitable style, justice and accuracy. The Quran still challenges people and people remain incapable of challenging it, and it remains the clear evidence from Allah against its enemies and opponents. All efforts to deny its authenticity have failed. There are many verses in holy Quran speak about astronomy, cosmology and natural science. In this book we are going to discuss some of astronomy verses.